Lilith, or The black Moon entered Aries. What should be avoided?

On the 27th of January Lilith, or the Black Moon, passes from the Pisces zodiac sign to Aries. Lilith is not a planet, but a mathematically calculated point connected with the Moon’s orbit around Earth, which has a period of 9 years and it takes 9 months in each of every sign (so in Aries Lilith will be until October 21st and then move to the Taurus zodiac sign). Although not a planet, it can influence quite strongly – the character, health, well-being, and relationships.

Meaning and levels of Lilith

Lilith in astrology deals with the greatest temptations, with areas where ego has accumulated bad consequences (karma). Zodiac sign and house where Lilit is located in the natal horoscope is a risky area where is a lot of temptation, where it is difficult to see the real situation, find the right path, and where the karmic debts accumulate. Well, while going through the zodiac signs, it obscures certain areas: activities and features touched by Lilith are easier than usual to fall down, create trouble, get caught up in unpleasant stories. Of course, knowing about it should not encourage fear, resentment, or fatalism, but the development of virtues in this area through modesty (because Lilith is associated with excessive egoism) and awareness.

On the other hand, Lilit has 3 levels of strength:

The most dangerous now is anger, arrogance, self-centeredness, and impulsiveness – these are most likely the greatest temptations and threats of this time. It can increase “military conflicts” – both in the world, in families, and in the inner world. Lilit in Aries awakens the desire to achieve results as quickly as possible, despite others, aggressively, and encourages abuse of power, enjoyment of it.

The element of fire becomes polluted, and the danger of fires and explosions becomes bigger than before. It can be a difficult time for sensitive people, as aggressors will tend to show their strength. On the other hand, it is essential not to become a coward, to defend your interests and values ​​peacefully, and to turn to your inner strength.

Particular care should be taken – Lilit has a quite strong impact on health, as I have observed in more than twenty years of my astrological practice. Headaches and strokes may increase, and your head should be protected, especially during the hot season. Another risk factor is injuries – especially those related to rush, impulsivity, or anger.

It is more difficult time for Aries countries – Germany, Ireland. And, of course, for the representatives of the zodiac sign of Aries (having the Sun, Moon, or ascendant in Aries). In general, the cluster of the planets, especially inner planets in Aries, will become overwhelmed with Lilit’s expression. So these people should use modesty, restraint, patience, dealing with their ambitions, impulsiveness, and anger, but not become cowards and developing calm courage (especially since May).

What areas are overshadowed by Lilith for zodiac signs?

(or if Lilit is in 1st house) Personal expression. You need to be more modest, reduce your claims and ambition to be the first – work calmly in your field.

(or if Lilit is in 12th house). Spirituality, inner space. It is important not to lose compassion, spiritual practices, and values ​​for the mundane.

(or if Lilit is in 11th house). Collective, friends, dreams. It’s important not to be disappointed with your friends or your dreams if they turned out to be imperfect.

(or if Lilit is in 10th house). Career, goals. You should not try to achieve great goals in one step. Do it with great ambitions, mentioning gentleness, and care.

(or if Lilith is in 9th house). Authority, studies, foreign travels. You should avoid striving to be an important and unquestionable authority, becoming a despot.

(or if Lilit is in 8th house). Secret affairs, magic, finance. Avoid behind-the-scenes intrigue, clandestine influence, manipulation of others, the desire to suddenly sneak up at others’ expense or risk.

(or if Lilit is in 7th house). Partnerships, courts. You may be disappointed with your partners or your partnership in general – don’t give up, stay loyal, fair.

(or if Lilit is in 6th house). Work, health. Reduce pretensions at work, just do your job honestly, take care of your health, but don’t become hypochondriac.

(or if Lilit is in 5th house). Kids, love, games. Loved ones or children can bring unpleasant surprises, but it is very important to remain loving and have patience. Don’t gamble, don’t get into speculation.

(or if Lilith is in 4th house). Home, family. Households can be a concern. Avoid gags at home, looking at them through dark glasses, a desire to enter an order at any cost. Don’t be stubborn, insensitive.

(or if Lilith is in 3rd house). Neighbors, relatives, learning. The temptations are to devalue relatives, desire to go somewhere, diminishing what is around them, even if it is imperfect. The learning process can be harsh, but it is important.

(or if Lilit is in 2nd house). Earnings, accumulation. You should avoid a desire to make a sudden profit, to get rich without working or exploiting others, renounce of spiritual values ​​for profit.

The relationship between Lilith and Selena

Interestingly, Lilit and Selena have recently traveled in opposition (Lilit cycle – 9 years, Selena – 7 years), highlighting opposite poles. Anyway, these two points in the mix should always be looked at as they are related, and now they are drawing a clear dividing line between the good and the evil – the egoism with which Lilith is concerned, and altruism with which Selena is concerned.

So that we would get some help from Selena, we should turn to her. At the beginning of the year, we should look for help in the Libra sign (Selena will be there until May 16) and its positive qualities – peace, diplomacy, moderation, a sense of tact. And from May 16th until December 15th we should turn to the good qualities of Scorpio – inner strength, calm courage, strength in extreme situations, the transformation of negative emotions and faults.

Find what offers Selena in Libra:

So if you want to be successful right now and less exposed to Lilith,

This period can then help defeat the aggressor and the coward in ourseself, and possibly in the world, through love and awareness. I wish it to all of you 🙂

Find where is Lilith is in your birth horoscope: 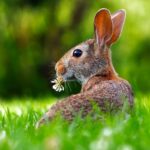 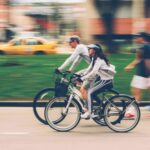 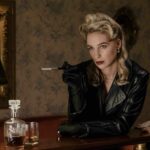 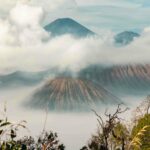