About the dakini, who lives in every woman

In the Buddhist tradition, it is said that every woman is a Dakini.

Who is the Dakini?

One might say that this is a goddess – in some sense. She is completely free and unlimited – like the sky where she walks. Dakini, or Tibetan Khandroma, and means “she, who is walking in the sky”, or “a sky dancer”. Elsewhere it is said, that this word is related to thunder.

It is said, that dakinis appeared and transmitted the dharma (teaching) to yogis, Siddhas,  even the enlightened ones. The Dakini is the mediator of the spirit world, born of the emptiness and merging with it. She is shining, paradoxical, does not bend in any frame, thrilling and frightening, charming and sultry, expanding worlds and destroying them. A divine beautiful, awesome and terrible, drinking blood  (it symbolizes destroying of Ego).

Dakini is a liberator,  a guide,  a defender, and a guardian. She is a meditative deity in Vajrayana, in high tantras. The laughter of Dakini dissolves foolishness, ignorance, remorse, and suffering.

Traditionally, it is said that there are worldly and wisdom dakinis. The first ones are also called secular, secondly – awakened. Wisdom dakinis are invited to offer the teachings, and they are the inhabitants of the purest, subtle worlds. On the other hand, they are everywhere, overwhelming, breaking down from the emptiness and dissolving in it, transforming poisons into wisdom.

Although the dakinis are spiritual beings, living on subtle worlds, but it is said that there are also incarnate dakinis – these are spiritual practitioners who have achieved great realization.

Well, the seed of the Dakini is found in every woman – as an opportunity, as a promise of enlightenment, the liberation.

Where can you find more about this?

To find out more about Dakinies, you can read more on Reynolds’s website at vajranatha.com. It was a great pleasure to me to meet this lama, an amazing spiritual practitioner with a great realization,  and organize his workshops in Lithuania, where he gave teachings and sadhanas of some Dakinis, as Vayrayogini, Kurukulla, Simkhamukha.

You can also find out about the reality of Dakinis in the books Lotus-born, Dakiny teachings.  These are the primary sources of spiritual wisdom – not retellings or modern fiction (although fiction can be so good sometimes). 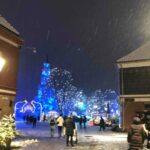 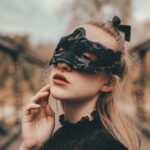 Lilith Black Moon enters Cancer. What does it mean? 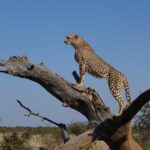 The Year of the Cheetah begins with the spring equinox 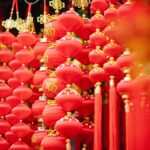 How to celebrate the New Year – the Year of Tiger?